In this post, we will configure our NetScaler virtual appliances for High Availability.

In the previous post, we reviewed the architecture of Citrix Netscaler and installed two standalone virtual appliances (VPX). The next step is to configure High Availability with these two VPX. You will learn the best practices to set up HA smoothly, to increase resiliency for your services.

What is High Availability?

Today’s businesses need access to their systems and services all the time. Globalization has made the workplace a 24/7 environment. People work from home, multiple locations, and everyday offices–they cannot afford any downtime caused by maintenance, human error, or hardware failure.

The best practice while building your infrastructure is to make sure that your system is available all the time. One solution to achieve this is through configuring High Availability (HA). This will eliminate a single point of failure, as the service will remain available for your users even if one of the appliances is down. It will also allow you to schedule maintenance for your devices without impacting production.

In the Netscaler world, an HA pair is composed of at least two appliances/nodes (up to 64) permanently exchanging UDP heartbeat messages.

At the same time, there is always only one node in charge of all traffic; this is the primary node. It actively accepts connections, manages servers, and manages all shared IP addresses.

Below is the generic NetScaler HA Architecture:

The two nodes are exchanging packets together (HA sync) for health monitoring.

Network devices including NetScalers use ARP (Address Resolution Protocol) to find MAC addresses of others devices located on the LAN.

You can see the NetScaler ARP table with the command below:

You can clear the NetScaler ARP table:

or remove a specific IP:

In HA environments and especially after a failover, this could cause issues. The previous MAC address in the gateway ARP cache table is the MAC address of the previous NetScaler appliance.

There is few moment when GARP packets are sent:

You can only disable GARP on VIP:

In the lab, both HA nodes are configured by default (HA Enabled).

Fail-safe mode ensures that one node is always primary when both nodes failed the health check. This is to ensure that when a node is only partially available, backup methods are enabled to handle traffic as best as possible. The HA fail-safe mode needs to be configure on each node.

Recommendation: Enable fail-safe on both nodes.

Below is the behavior of the HA resulting of the nodes states.

NetScaler model, version and licenses must be the same on all the appliances.

Management must be done on the primary node only.

Make sure that the two Netscalers are configured with a unique NSIP.

Also make sure that your appliances are not part of any HA configuration:

This command should have no result.

Make sure that all interfaces are up and running.

There is more requirements available here.

This command will force NS02 to stay the secondary node in the HA pair.

On NS01, type the following command:

Then configure the sync between the nodes.

Then you can show the HA configuration with the command below:

Note that the sync state of the Secondary NetScaler is SUCCESS.

Type the following command on NS02 to enable the HA node:

Verify the configuration with the GUI:

This node is primary in the HA pair.

NetScaler is warning you that this appliance is the secondary node and nothing will be saved or propagated.

This node is secondary in the HA pair.

Note that NS01 is the Primary and NS02 is the secondary node.

Now type the command below to force the failover:

Then, show the HA configuration again:

Note that NS01 is now the Secondary node and NS02 is the now the Primary node.

Before the next step, save your NS config on both appliances:

On NS01, type the following command:

The previous Primary node(NS02) is now unreachable, so the role has been automatically transferred to NS01.

The configuration below will allow the Netscalers to resolve Internet DNS.

Connect to the primary node, and add a new SNIP.

Open your browser and type http://192.168.1.201. As SNIP addresses are shared between HA nodes, this address will always redirect to the primary NetScaler.

You can force the synchronization of the HA pair with the following command:

Connect to the Primary node and type the following command:

The setting is currently configured on OFF and communication is not secure between the two nodes.

You can change the RPC password by typing the following commands on both nodes:

I recommend to change the password before enabling the Secure RPC.

To make sure that the communication is OK between the two nodes, type the following command:

Sync State should be ENABLED on the primary node and SUCCESS on the secondary node.

You can reconfigure the ntp server for the HA pair with the command below:

To make sure that NTPd is running:

In the next post, we will review how to update the firmware of the nodes configured in HA. 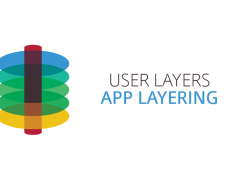