This event followed our massive CUGC XL conference held last month at the Microsoft Technology Center. This time, we did something different and coupled our event with the Mission: Impossible – Fallout premiere at Regal E-Walk Stadium 13 & RPX near Times Square. We are fortunate to have an active community in New York City and as always our members showed up! This event sold out quickly, and upwards of 70 people came together to connect, learn, and stay up to date with the latest news within the Citrix community.

James Ma, who is part of the New York leadership team, kicked off this meetup by introducing the agenda for the evening and by giving an update on the membership for our local group. We now have 414 members in NYC and the global membership has reached 21,000. James then handed over the microphone to John Spadavecchia from our awesome sponsor, Nutanix.

The session was about Everything You Want To Know about Nutanix and VDI, but quickly turned into an exciting Q&A. Our attendees were eager to ask questions about Nutanix’s setup and licensing and John was loving it.

This session was probably the most interactive session we ever had in our local group, and it just shows how popular Nutanix is in the city!

Then it was my turn to start the State of Citrix Cloud session. During discussions with Citrix customers over the past few months, I’ve noticed that there’s some confusion and misconceptions around Citrix Cloud. That gave me the idea of creating a new session to explain what is Citrix Cloud and its components.

We went through an overview of what Citrix Cloud is: a set of hosted services that customers can use with workloads either located on-premises or different cloud providers such as Amazon AWS, Microsoft Azure, Google Cloud, etc. I highlighted the fact that Citrix Cloud is not a managed service or a Desktop as a Service offering. Customers will still be responsible of managing VDA workloads and Citrix will help to manage the infrastructure by providing the tools as a service.

We also reviewed the current features that are available in Citrix Cloud, as well as those that are upcoming (and missing). For example, Machine Creation Services, Power Controls are not available with Google Cloud, whereas Quick Deploy is only available for XenApp workloads on Microsoft Azure.

The message behind these examples is that Citrix Cloud can help customers in a lot of different deployments whether they are committed or not to the Cloud. You can view the entire deck below:

I also shared some pros and cons about Citrix Cloud based on my experience with the solution. Unfortunately, due to time constraints we were not able to discuss what was coming soon in Citrix Cloud, including the new Workspace rollout which is expected in the news days or weeks.

I would say we were on the edge of our seats, except we had fully reclining chairs! Thanks to our sponsor, Nutanix, we enjoyed some complimentary popcorn and drinks throughout the evening.

I’d like to thank the people who worked hard on making this event possible including Lucy Testa and John Spadavecchia from Nutanix, Katie Heidkamp from CUGC HQ and your local CUGC team members.

Stay tuned for the next event in September. 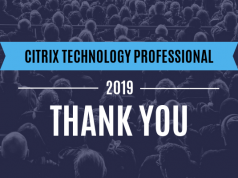 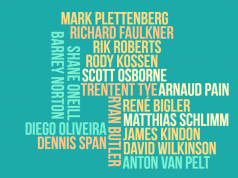 Apply to join the CTP 2019 class before it is too late! EDIT: Registration has CLOSED!