Everything you need to know about Citrix App Layering.

What is Citrix App Layering?

Citrix acquired Unidesk almost 2 years, in January 2017. This technology -rebranded App Layering– has been very popular with customers because it allows them to:

The goal of App layering is to reduce the number of images to maintain, for both pooled desktops (VDI) and session hosts (RDSH).

App Layering is compatible with the following:

And support the following features and operating systems:

In this series, we will deep dive into every component of Citrix App Layering. 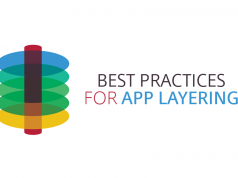